Skip to the content
How to Calculate the Day of the week of any given date in no time. It’s a calendar calculation technique that I learned from a book. By Practicing it allows you to take a date, like 15 August 1947, and mentally calculate which day of the week it fell on. 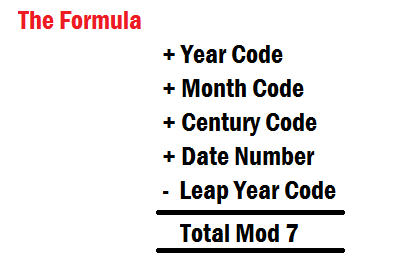 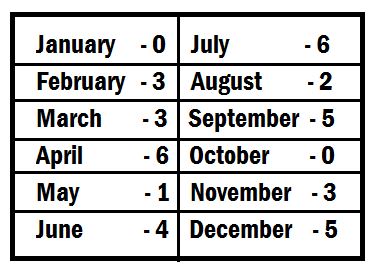 
Note : The other thing to take into account is whether you are dealing with a leap year. If the date is from January or February of a leap year, you have to subtract one from your total before the final step and for other months except Jan and Feb.

Match the resulting number in the list below, and you’ll have the day of the week:

The day is Tuesday!